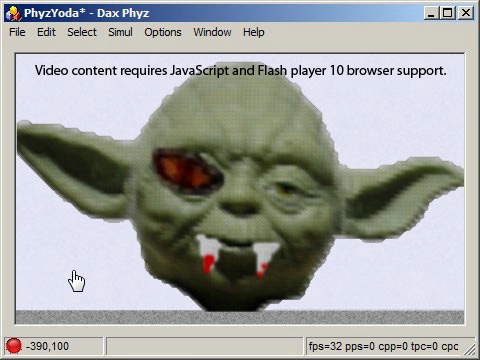 No entities of the White Side were hurt or injured during the production of this video, records on file. 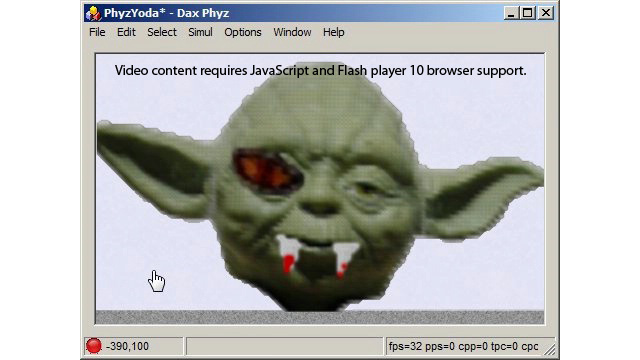 Air burst contained in a flexible tank; after a brief mushroom formation, the semi-spherical shockwaves propagate to the rectangular container walls, where they are reflected, eventually forming a wedge shape in the middle, quickly degrading to a half-sphere under the influence of gravity.

One of the earliest video games, the 1972 classic Pong led to the start of the video game industry. Dax's version exploits Phyz Logics and soft constraints for an amusing mix of modern and antebellum gameplay. Use keyboard keys A,Z and K,M to control the paddles.

The physical properties of this scene are similar to those focused on in the balancing hammer scene.

A mechanical master-slave flip-flop with clock. Just for fun, the input is connected to the inverse of the output. This device can be viewed as a 1-bit memory cell.